The last Apple display was the 27″ LED Cinema Display and that was released in June 2011. Production ceased in June 2016 and they haven’t made a display since. Mine still looks good though. 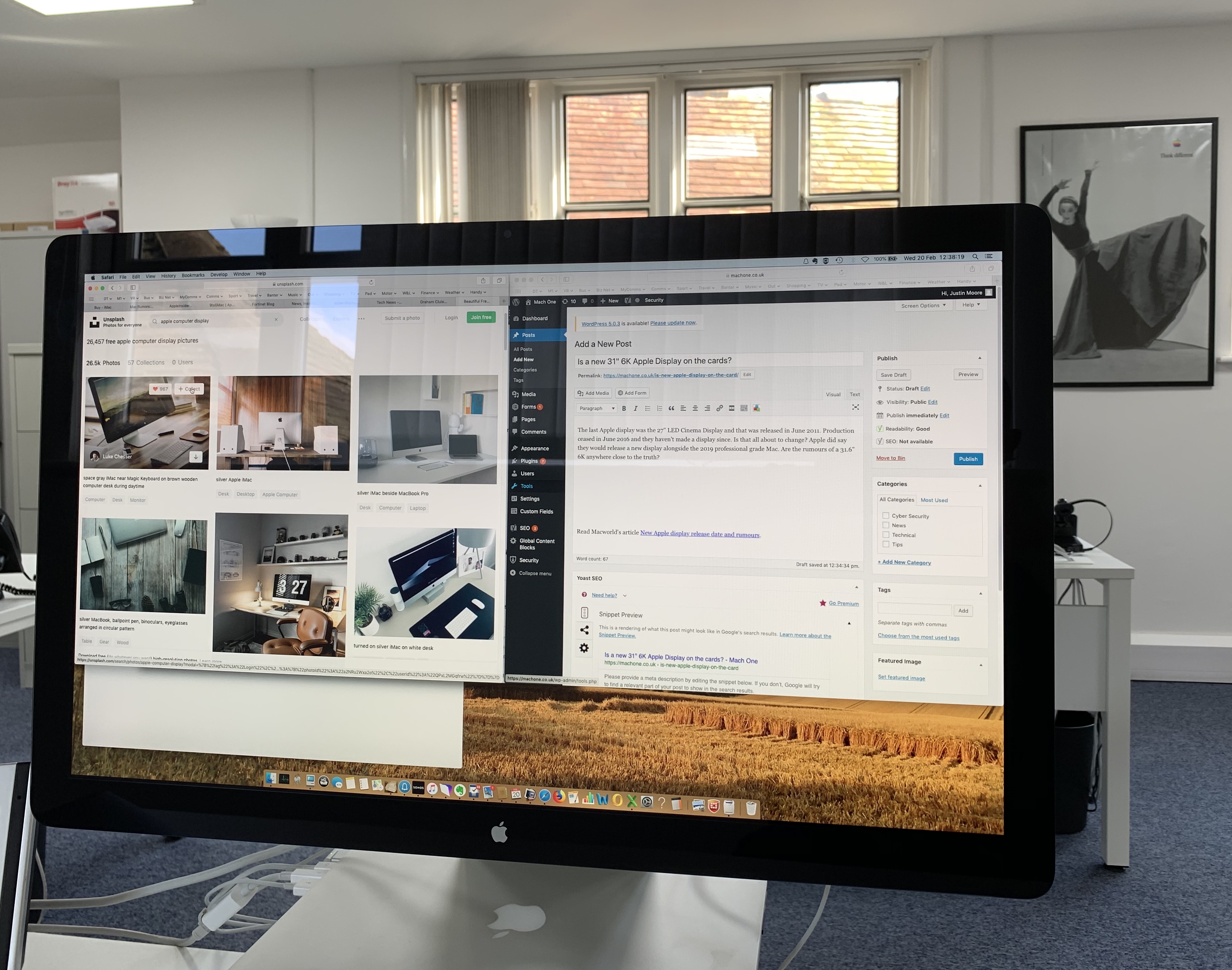 Is that all about to change? Apple did say they would release a new display alongside the 2019 professional grade Mac. Are the rumours of a 31.6″ 6K anywhere close to the truth?